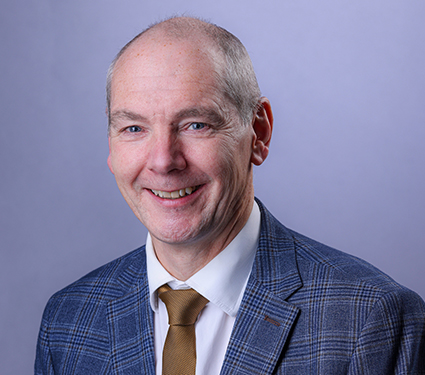 Nick began his legal career with one of the longest established law firms in the north east of England, qualifying as a Fellow of the Chartered Institute of Legal Executives. He served local and national clients for more than quarter of a century on matters including debt recovery, dispute resolution, and insolvency.

After serving as a legal consultant within the third sector, working with civil society organisations on matters of charity law, Nick returned to private practice with a leading commercial law firm in the Tees Valley, working within the commercial disputes team, before joining Walker Foster in December 2022.

Nick recognises that any dispute can be disruptive both to the person and the business, can cause angst and stress, and consume valuable resources. By assessing the merits of any claim, Nick can seek to alleviate the stress associated with disputes and explore options to resolve the dispute, including negotiation and alternative dispute resolution. Litigation should be a last resort, but should this be necessary, then Nick has considerable experience in legal processes and any subsequent enforcement proceedings that might become necessary.

Away from the office, Nick is a trustee of an independent community safety charity that supports victims of crime and creates opportunities to change people’s lives for the better.

Nick is also an award winning photographer, focussing primarily on landscape and seascape but with some portraiture. He is a member of a running club and is currently on a quest to complete the six major marathons in the world (having already run Berlin, London, and Chicago). He is also an avid supporter of parkrun UK. He is a lifelong supporter of Leeds United.