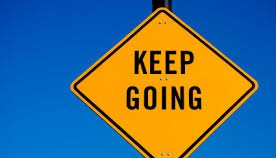 Stamina – keep at it – press on – “persistence and determination are ..omnipotent”- There are lots of quotes, and many examples of how the right spirit, determination and just plain staying on course can deliver results. I was reminded of the importance of ‘hanging in there’ at a mediation just the other day.

I was the lawyer representing one of the parties in a shareholder dispute. The dispute was not unusual. There had been a fall out as the business grew and the earlier relationship of trust broke down under the pressure of behaviours and conflicting ambitions and interests. In other words the dispute was personal not just commercial. One shareholder was going to be paid out. There was the threatened CA 2006 s994 petition alleging minority prejudice. The share valuation was a major issue but there were a number of peripheral issues including alleged breach of director duties, IP and counter claims. Clearly there was a lot to talk about and the parties with the help of the mediator did ‘talk’, until tiredness and the long day began to have an effect.

By around 7.30 pm we had the makings of an agreement in full and final settlement of all of the claims. However, although I had access to my corporate colleague and my client’s accountant the other side did not and when there arose an issue on buy back of shares and tax and HMRC clearance, we hit a wall. The other lawyer told me that we would not get anything signed that day, not even some heads of terms.

I was concerned that my client’s directors had worked very hard to get to this point. They had experienced the roller coaster ride that is often involved in mediation. I suspect the other party had been through the same. Also, we all know that parties can often change their mind after ‘sleeping on it’. What was helpful was that both parties were saying that they wanted to do a deal and would have been disappointed without one. For my part, as lawyer for my client, I wanted to achieve an outcome that the directors wanted and wanted that day. We were nearly there.

The solution was simple. The deal was made conditional upon obtaining clearance. We agreed terms and they were signed off.

The point I seek to make with this anecdote is that after nine hours in mediation we can let obstacles seem insurmountable but some stamina and desire can get parties to where they want to be and avoid the inevitable costs, stress, and distraction of litigation.

My client’s directors kindly thanked me next day and said they were glad I was on their side. I’m grateful for their stamina and persistence.