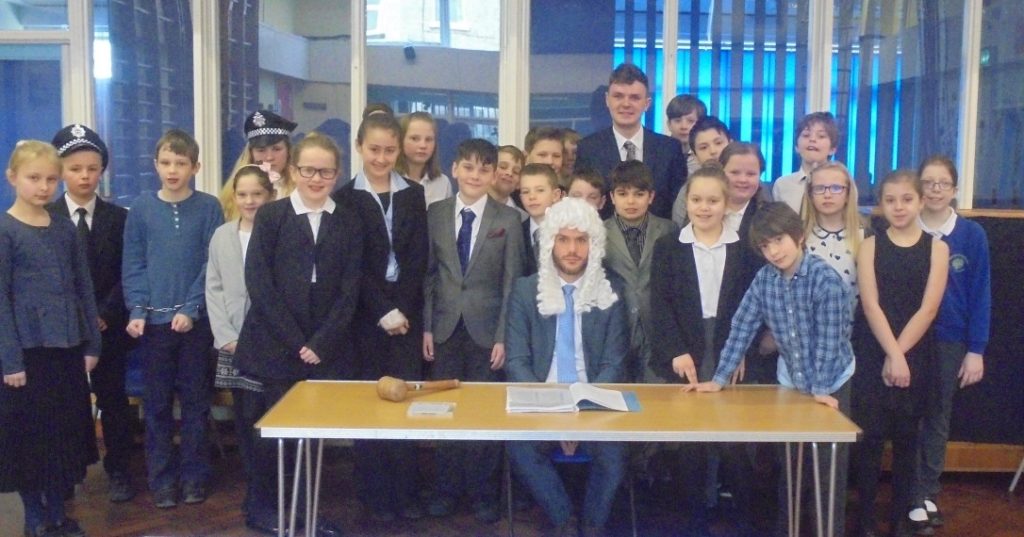 Year 6 pupils at Bradley’s Both Primary School were given the opportunity to take part in an exciting mock trial last week. Representatives from Walker Foster, Tom Swindells (Commercial) and Jake Kelly (marketing) visited the school to prepare the pupils for the trial alongside class teacher Mrs. Abuzzese.

The pupils were taught about important subjects such as how laws are made, the different aspects of law and the consequences involved when laws are broken.

The pretend case in question involved one of the pupils, Elliot Wood allegedly stealing a Mars bar from the local
village store. Every pupil was given a specific role to do and the trial took place in the school hall in front of an audience of Year 5 & 4 pupils. 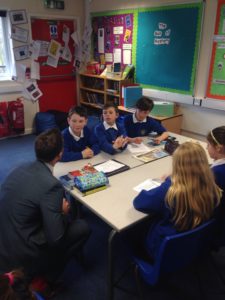 The prosecution and defence lawyers had to examine the witness statements and
structure an argument in an attempt to convince the jury that they had the strongest case. Various witnesses were called to the stand and had to think on their feet in response to very well thought out questions.

After an original verdict of ‘not guilty’ was reached, a surprise new piece of evidence arose as year 5 pupil Samuel stormed into the courtroom proclaiming ‘Stop the trial!’ He was holding the missing cctv footage providing the condemning evidence needed to persuade the jury to overturn their verdict and reach a unanimous ‘guilty’ vote!

Tom Swindells who acted as the judge for the trial said “I was very impressed with the enthusiasm shown by the children. Each of them had an important role to play, from prosecution lawyer to
member of the jury and they all applied themselves diligently. We at Walker Foster were pleased to be involved in a project which was of benefit to the local community”. 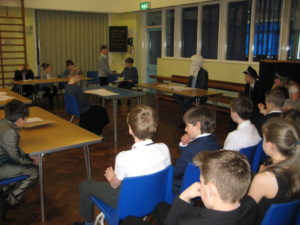 Although our firm does not work in criminal law, we felt a simple criminal case would be easiest for the children to comprehend and engage with.

Benefits to the children included developing fundamental skills such as writing to persuade, public speaking, Information analysis and quick thinking under pressure. As well as emphasising the morals between right and wrong, the process also provided the pupils with a greater understanding in law and some also viewed the experience as an exciting career prospect.